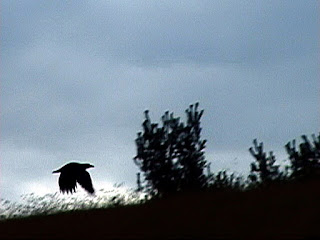 Crow Talks
﻿I was planning to just upload the MP3 audio file but this blog doesn't do that. It just lets me do video, so I had to create a quick video so you could hear the flute song. Enjoy.
Posted by Olliver Loveday at 1:11 PM No comments: